Stage 4 breast cancer with a pacemaker

Most people know someone with a pacemaker, and chances are that person will be elderly.  The average age of a first pacemaker implantation in the UK is 72, but pacemakers are actually fitted in people of all ages from newborn babies to the very elderly.  I was 39 when I had mine, which was needed as a complication after heart surgery to replace my aortic valve and root.

There are two main types of cardiac implantable electronic devices (CIED), pacemakers and implanted cardiac defibrillators (ICD).  Both of these treat cardiac arrhythmias, and they consist of a battery unit placed under the collarbone and leads which are fed through a vein into the heart.  Pacemakers are used to treat a slow heart rate by stimulating the heart muscle to beat.  ICDs can also work as pacemakers, but additionally, they treat dangerously fast heart rhythms by delivering a shock to the heart.  I don’t have personal experience of an ICD, but I am informed that being shocked feels like being kicked in the chest.  Not pleasant, but a potentially life-saving device for those that need it.  I don’t feel anything when my pacemaker works, and it works every time my heartbeats.

Pacemakers and ICDs are used to treat a number of different heart problems.  I have complete heart block and am fully dependent on my device.  Many other patients don’t use their device all the time, it’s only there as a safety net in case an irregular heart rhythm or very slow heart rate occurs.

What does this have to do with cancer?

There are many aspects of cancer treatment that are affected by having a pre-existing heart condition.  A lot of the medications that oncologists use can affect the heart, and they can also interact with some common cardiac treatments.  A big concern about having a CIED, in particular, is diagnostic tests and radiotherapy.

The mammogram is often the first test patients have when breast cancer is investigated.  Each breast in turn is compressed between two plates before X-rays are taken in different planes.  It’s important to disclose if a patient has a CIED before a mammogram.  The radiographer needs to ensure that the device and its leads are not damaged when the breast is compressed between the plates and that as much breast tissue as possible is imaged.  Fortunately, devices and their leads are robust and radiographers are trained to work alongside them to get the best possible images.  I’m not going to lie, I was really scared when I had a mammogram, but my device was fine.

These imaging techniques are generally safe for CIED patients, but it’s always best to let the radiographer know if you have a device.

MRI scans are used with caution in people with CIEDs.  In the early days of MRI scanning, there were reports of patient deaths during unmonitored scans in CIED patients.  It was thought that the MRI reprogrammed the device causing fatal arrhythmias, and there were also concerns about the lead tip heating causing thermal damage to the heart muscle.  It was also proposed that the ferromagnetic components of CIEDs could cause mechanical displacement in the magnetic field of an MRI scanner.

We now know that pacemakers manufactured after 1995 have minimal ferromagnetic materials.  ICDs have marginally more, but not enough to be dislodged in the magnetic field and leads are free from magnetic materials.  More recently, most patients with CIEDs are fitted with MRI conditional devices, so patients can have MRI scans if they are needed.  MRI conditional means that the scan should only be performed within the conditions set by the manufacturer.  Usually, this refers to the type of scanner used and the level of patient monitoring required.  Typically patients require a trained cardiac technician to be present to set the device into MRI mode for the scan.  After the scan, the device is reset back to the patient’s settings and checked to ensure it is working properly.

How my pacemaker has affected my cancer treatment

I got my first pacemaker in Dec 2011, while I was still in hospital after heart surgery to repair my aortic valve.  It was a reliable device, known for its long battery life and a good choice for a young patient fully dependent on pacing.  MRI conditional devices were new, there was just one model available at that time, and I was not given it.  Just four years later, I was diagnosed with early-stage breast cancer and two years after that in January 2018 I found out I had metastatic breast cancer.

Many breast cancer patients have radiotherapy as part of their treatment.  I had radiotherapy to my chest wall after my mastectomy in 2016 and to my supraclavicular fossa in 2018.

Radiotherapy has the potential to alter the function of CIEDs either through electromagnetic interference or direct damage through ionizing radiation.  Potentially radiotherapy could cause inappropriate discharging of an ICD shock, device reprogramming or device failure.  Clinical oncologists use the CT planning scan to calculate the level of radiation predicted to fall on a CIED, and ensure that CIEDs are not within the radiotherapy treatment beam.  CIED device checks are carried out before, partway through and after a course of radiotherapy.  Further checks are done at one, three and six months to check for any late problems.

As my breast cancer was right sided, my device was not in the treatment field.  However, as I am fully dependent I had regular device checks during treatment.  My hospital wanted my device checked every time I had treatment, I had a lot of device checks.  Occasionally for left sided breast cancer CIEDs are moved, but oncologists try to avoid this with precise radiotherapy planning because it requires surgery.

In 2019, I reported to my team that I was experiencing unusual headaches.  It was arranged for me to have an urgent CT scan.  An MRI had initially been requested but was declined because I had a legacy pacemaker.  The CT scan showed a single area of cancer in my right cerebellum, 8mm in diameter.  The disease detected was suitable for stereotactic radiotherapy but only if there was an MRI to plan the treatment.

There was mounting research evidence that people with non-MRI conditional (legacy) pacemakers could safely have MRI scans.  People with legacy pacemakers had been scanned during research studies and it was found that their devices had worked normally during and after the scans.  Any changes to the settings were rare and not clinically significant.  The organisation https://mrimypacemaker.com was set up to spread awareness to patients and healthcare professionals that it was possible for anyone with a CIED to have an MRI, not just patients with newer MRI conditional devices.  Research also showed that it was safer for a patient with a legacy pacemaker to undergo an MRI scan than to have surgery to upgrade their device to an MRI conditional model.

Armed with this information, I persuaded my hospital to allow me to be scanned. The discussions between cardiology, MRI, and oncology took a few weeks and had to be escalated to decision-makers not normally involved in day-to-day patient care.  I was asking for an off-label scan, which was contraindicated for my particular device.  If I was harmed the Trust needed to explore the medico-legal implications.  The wait was agonising, knowing that I had cancer in my brain which could be progressing.  Eventually, my scan was agreed upon.  I had to sign a waiver agreeing to the risks, and there was a cardiologist present in addition to the radiographers and cardiac technician.  My device had no malfunctions recorded during the MRI scan.

I went on to have stereotactic radiotherapy to my brain.  Three months after my treatment, I had my pacemaker replaced with an MRI conditional model and now having scans is much simpler.  My existing pacemaker had about two years more battery, but scheduling surgery at a time when my cancer was well controlled made sense.  I will need ongoing MRI scans for the rest of my life, and having a pacemaker that is MRI conditional is helpful.  I still need a slot when a cardiac technician is present, so it’s not quite as streamlined as it is for most patients.

Many hospitals still refuse to offer MRI scans to patients with CIEDs, including those with MRI conditional devices.  The additional liaison between cardiology and radiology means that many patients have longer waits than would otherwise be the case at the hospitals that do offer this service.

Metastatic breast cancer is a terminal illness.  We at METUPUK would love it to become a chronic illness like diabetes or HIV, but we are far from that when 31 people die every day from MBC in the UK.  The end of life is something at the forefront of our minds.

There are a lot of myths about if people with a CIED can have a natural death.  Pacemakers and ICDs work in different ways.  Pacemakers stimulate the heart muscle to beat, but they don’t prevent the heart from stopping at the point of death.  Once a person has stopped breathing and oxygen is not being supplied to the heart, a pacemaker will not keep a person alive.  A pacemaker is considered a palliative treatment, because it improves the quality of life, and keeps patients more comfortable at the end of life.  Most doctors recommend that pacemakers are kept on until death.

ICDs are used to treat dangerously fast heart rhythms and cause significant pain to patients when they deliver a shock.  Patients who are at end of life may receive repeated shocks from their ICD causing distress to them and their families.  Many doctors recommend that terminally ill patients elect to have their ICD turned off, but keep the pacemaker function of the device on.  Any decision to deactivate an ICD should be made with the consent of the patient, or the patient’s carers, in conjunction with their medical team.

At METUPUK we hope that all discussions about end of life are carried out sensitively, and timed appropriately taking into account the patient’s preferences and their likely disease course. 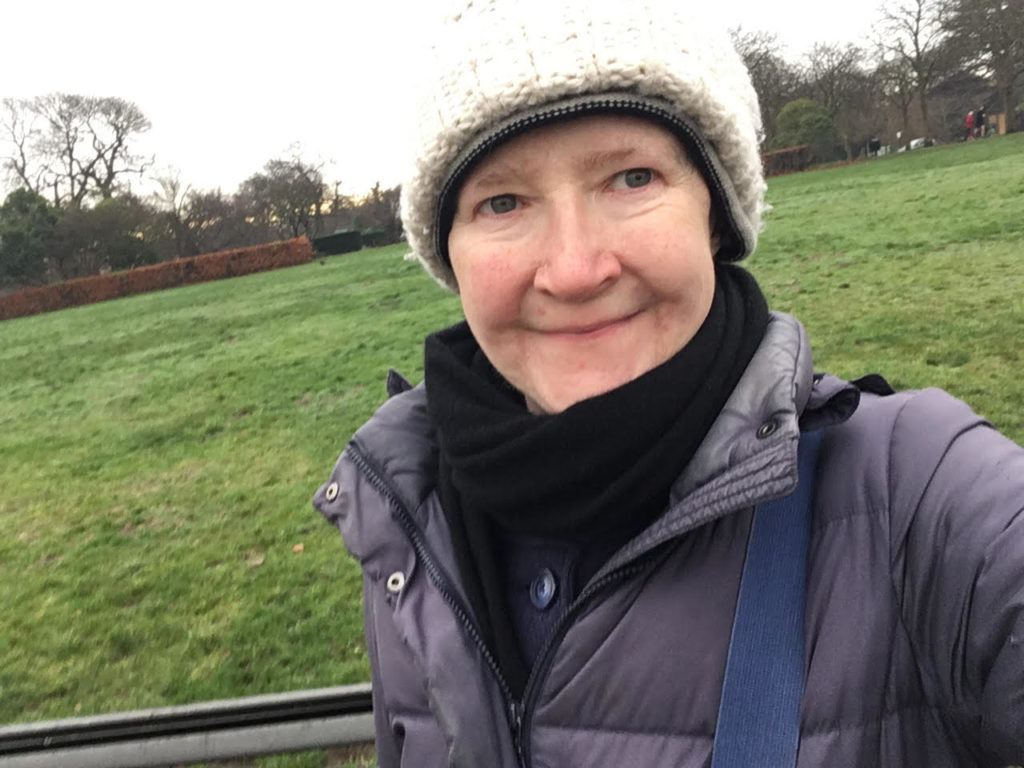