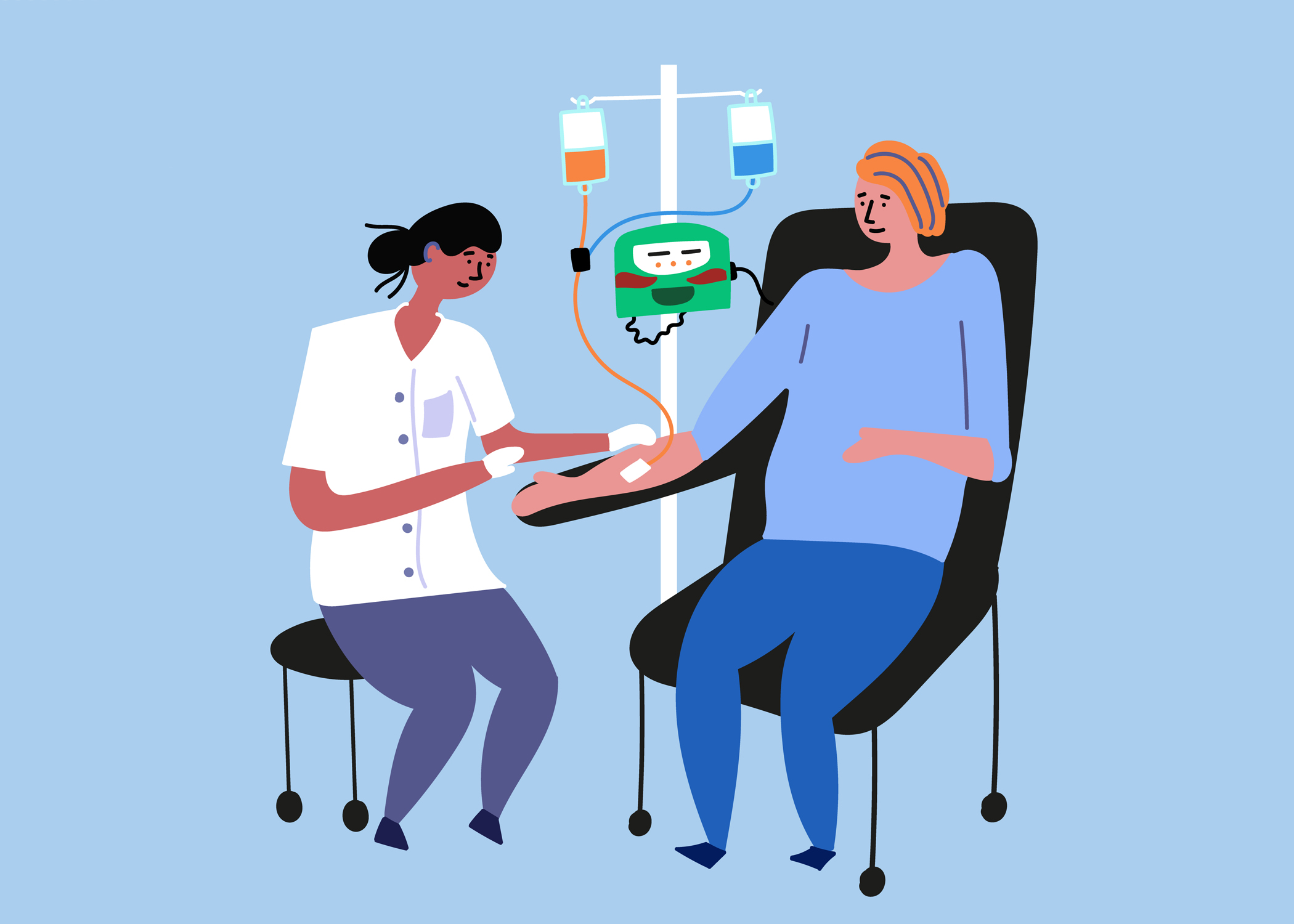 Of all the subtypes of metastatic breast cancer, metastatic Triple Negative Breast Cancer (TNBC) is the hardest to treat with the worst prognosis. While new advances in the treatment of hormone positive MBC and Her2 MBC have helped some patients live for a number of years, average life expectancy for someone with metastatic TNBC is just 12-18 months. The only treatment options have traditionally been chemotherapy, with the accompanying harsh side effects and enormous impact on quality of life. About 15% of all MBC diagnoses are Triple Negative. While this may seem a small fraction of patients, given that 11,000 women die of MBC in the UK every year, this is 1650 women dying of metastatic TNBC each year. Given the aggressive nature of the disease, most of them die months, not years, after their advanced diagnosis. Triple Negative breast cancer also disproportionately affects young women and women of colour.

Given this harsh reality, it is no surprise that there has been enormous excitement in the patient and oncology communities over the development of a new, targeted therapy for TNBC called Sacituzumab Govitecan (or, more easily, the drug name Trodelvy). Trodelvy was given accelerated approval by the Federal Drugs Administration (FDA) in the United States on April 22 2020. It received this on the basis of remarkable clinical trial results that showed that Trodelvy can work to shrink cancer in patients who are otherwise resistant to chemotherapy.

For certain subgroups of patients (such as those who express the protein Trop-2, very common in TNBC)  44% of patients saw shrinkage of 20% or more of their tumors, versus just 1% of patients who did on standard of care chemotherapy. In April this year Trodelvy received full FDA approval after a Phase 3 trial confirmed that Trodelvy reduced the risk of death for TNBC patients by 49% compared to standard chemotherapy. Trodelvy has offered a crucial lifeline to a poor-prognosis patient population desperate for options. It has given hope to Triple Negative Breast Cancer patients who until now have missed out on the advances seen in other subtypes of breast cancer.

So with all this promise, we would assume that the government in the UK would be keen to ensure British patients have access to Trodelvy in a timely manner. Unfortunately, nothing seems to be further from the truth. For a drug to be approved and then funded on the NHS in the UK there is a two step process: first, licensing by the Medicines and Healthcare Regulatory Authority (MHRA), and second, NHS funding approval by the National Institute for Health and Care Excellent (NICE). Gilead, the drug company that owns and markets Trodelvy, applied for MHRA licensing in January 2021. They did so via a new, post-Brexit system called Project Orbis which has been hyped by the government as a way that British patients will get faster access to vital cancer drugs. In this system, which is administered by the FDA and involves a consortium of countries including the UK, Australia and Switzerland, drugs which have already been approved by the FDA undergo a faster approval process in other consortium countries. Trodelvy would seem the perfect test case for this new system, and as such constitutes a test case for the new, post-Brexit cancer drug approvals environment.

The signs that Project Orbis will be a boon for cancer patients are not good, if the Trodelvy experience is anything to go by. When the application was made in January 2021,the oncology community hoped that licensing would be complete by June 2021 (thus matching the 150-day deadline the MHRA sets out for its regular accelerated approval process). However, recent signals have indicated that a decision on approval will not meet this deadline, and may even take until the end of 2021. In other words, the new, fancy post-Brexit approval system may still see it take up to a year for a licensing decision on Trodelvy. A year in which 1650 women will die of metastatic TNBC, women whose lives could have been extended and vastly improved by access to this life-saving drug.

In October 2020 Matt Hancock heralded Project Orbis as bright new post-Brexit path to rapid cancer drug access for British patients. He claimed that ‘one of the benefits of Brexit will be faster access to life-saving treatments on the NHS.’ Project Orbis would mean that “We are teaming up with the fastest regulators in the world to get safe licences as fast as the science allows.’ The Trodelvy experience shows this to be entirely false. The drug has been approved for over a year in the United States and yet will likely not be available to patients in the UK for at least another year once a funding decision is made – over a 2-year time lag on the ‘science’.

This is because, even if licensing is completed by the end of 2021, the drug may be approved but not yet funded on the NHS. The timeline NICE is currently offering for a funding decision is Spring 2022 – potentially another full year away. There is a strong possibility that the drug may be approved in 2021 but not funded for another year, which would mean that desperate metastatic Triple Negative breast cancer patients would need to self-fund access to Trodelvy, something that not all will be able to do. Again, women will die while the slow wheels of this bureaucracy turn.

This delay is absolutely not good enough.  In 2018 the UK’s top cancer research body, the Institute for Cancer Research, published a report decrying the fact that it is taking far too long to deliver new cancer drugs to patients in the UK.  Three years later it is clear nothing has been done to rectify this situation. This should horrify all UK residents.

The experience of the Covid vaccine has shown us that, when the will is there, new drugs can go from lab to patient quickly. Why are Stage 4 cancer patients being left behind, forgotten and marginalised yet again?

We call on the government to intervene to speed up the MHRA process for the approval of Trodelvy to show it is actually committed to improving access to lifesaving drugs in the post-Brexit regulatory environment. It should not take a year for an ‘accelerated’ approval process, for a drug which has already 1been approved by a member of the new Project Orbis consortium, to be licensed in the UK. Similarly, the funding decision must be expedited so that it does not become a matter of the haves and have-nots for who will live and die in the Triple Negative breast cancer community.

In the meanwhile all UK mTNBC patients who have had at least two prior therapies could be advised to ask their oncologist to contact Gilead to access Trodelvy on a ‘named patient’ basis. As we understand it, Gilead is in the process of setting up a named patient programme and the more patients who contact them regarding access, the better. However, this scheme is not yet running and it too, is taking too long for some patients and people are dying. The wheels of change are too slow for this aggressive subtype of breast cancer.

If you would like to help, we have designed a template letter for you to write to your MP (Download here). 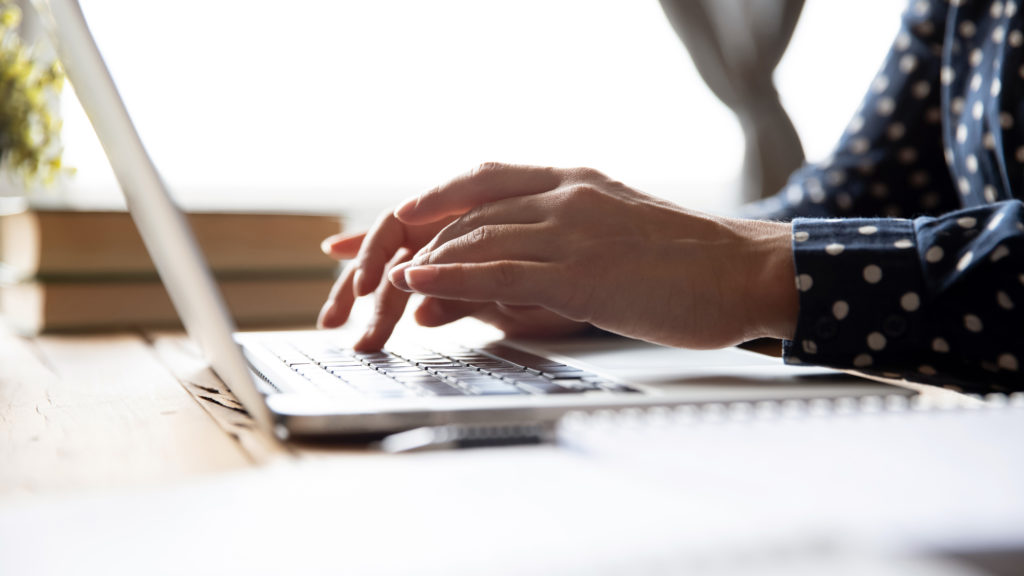 If you would like to help, we have designed a template letter for you to write to your MP (Download here).

You can find your local MP here.