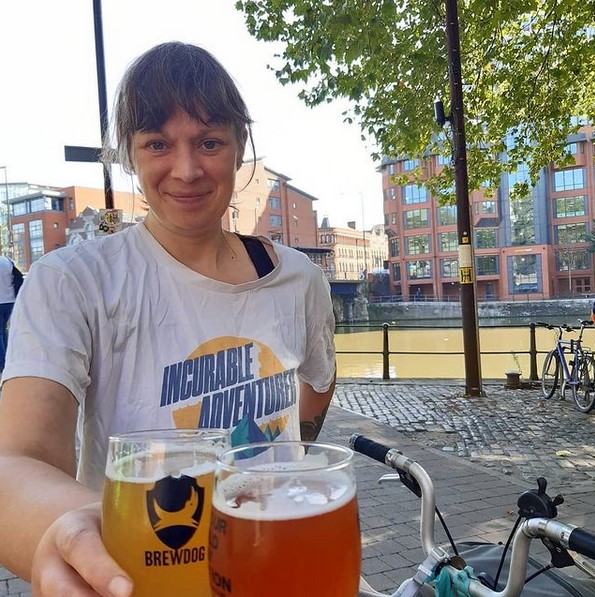 One of the feelings I remember most about my treatment for primary breast cancer in 2013 is my strength leaving me… I was on my lunch break after starting chemotherapy (yes I worked through treatment – I was 31 and freelance) and it felt like my stomach muscles just turned to jelly and tumbled out onto the pavement (invisibly – nobody else had a clue what was going on).

When I was diagnosed with metastatic incurable cancer a year after finishing my primary treatment, I lost much more than my stomach muscles. Slowly but surely, over the weeks of appointments, scans, biopsies, and the beginning of oral chemotherapy, it dawned on me that I would never have children. I was living on a Narrowboat and I started to realise that my life would never progress beyond that – that I would be stuck, like Peter Pan, in a snow globe of my own creation. I would be incapable of getting a mortgage, too big a risk for my employers to give me the contract that I’d been asking for, forever young, footloose, and fancy free.

I continued to work, freelance, as an electronics technician for a small tech startup until the end of 2015. Over the course of that year the oral chemotherapy beat my cancer into submission but also slowly eroded my confidence – my feet hurt constantly, my fingers would not do what I told them to, and I had to borrow money from my boss when my invoices weren’t paid for months on end. I was treading carefully through life, walking on painful, crunching, broken glass, with the clock ticking relentlessly, tapping out a reminder of how little time I had left to make sure things were tidy for others when I got to the departure gate.

We moved our long slender home onto a permanent residential mooring in Southall just a few months after my diagnosis and my family and friends started to make some wonderful additions to my snowglobe of a life. My mum decided that I had to have chickens so my dad was tasked with bringing a hen house up to the mooring! My boyfriend spent days digging fence into the uneven ground so that my hens would be safe from the foxes. I badgered the local council into giving me an allotment to work. I signed up for a beginners beekeeping course and a friend gave me my first colony of bees. Slowly but surely, my childhood vision of a shed in the woods, a self sufficient life of growing and foraging, and writing, drawing, and making, became my every day reality.

My partner and I set up a canal based business, delivering organic veg boxes along the the waterways across London. We called the venture The Onion Barge (a reference to the delicious onion bhaji’s of Southall) and worked hard to develop a customer base among the continuously moving residents of the canal. Hefting heavy boxes of vegetables, early starts, long days, and boating in all weathers (including ice and snow) was punctuated with events catering. We enjoyed festival like weeks moored as part of a floating market in Mile End or Tottenham, cooking for crowds, and even catering for a wonderful waterside wedding!

Perhaps that gave me an idea… At some point I got fed up with the indecision over whether Mike and I should be married and got down on one knee on a beach in Anglesey. The indecision over whether we should be married turned into indecision about how we should be married until my application for help from a charity called Gift Of A Wedding was accepted, and suddenly we had 10 weeks to plan the event… The help and support of everyone involved in our wedding epitomises the lessons cancer has taught me about generosity and trust. Cancer makes life scary and unpleasant sometimes but after my wedding day it became impossible to forget that I am surrounded by people who will always catch me if I let them.

Two years of scraping very little income out of lots of hard work slowly dwindled and petered out as my partner in crime began to focus more on his passion for brewing beer. His steel pans moved out of the shed on the mooring and into a modest space on a nearby farm in Ealing, making room for me to string enough gemstone beads together to pay for a blowtorch and some silver smithing equipment.

In the Autumn of 2018, Mike and I took a flight to Toronto, and I finally got to see some of the country my uncle has called home for most of my life. Canada had always been a mysterious other place that my Grandad (and uncle) would visit from, where everything was bigger than a girl from North Devon could possibly imagine. We spent a week of the fall witnessing the slow motion colour change of the trees around the lakes of Algonquin National Park. Canoeing and camping further away from other humans than I have ever been in my entire life, hanging our food in the trees to keep it away from bears (and chipmunks).

Still thriving on the medication that I had campaigned for, at the beginning of 2020 I was developing a regular yoga practice and growing a small community of Nordic Walkers in Walpole Park (Ealing), when the Corona Virus Pandemic threw a curve ball. As an incurable cancer patient, you live in three month slots between scan results, waiting for bad news… I’d grown up watching disaster movies and planning for an apocalypse, so I felt increasingly confused about whether I should be glad to have this as part of my lived experience. I had absolutely been living by the mantra “squeeze in as much in as possible” but the way a virus began to dwarf and normalise some of my cancer experience was difficult to reconcile.

Shielding through Lockdown folded me up into my own head and locked me away in the bubble of my borrowed garden. Even with lots to do and no energy or enthusiasm to work very quickly, I needed more in my life than a weekly click and collect Tesco’s order, so I borrowed a Brompton Bike. Initially Mike and I tried cycling from Paddington to London Bridge to avoid using public transport for hospital appointments (scans and port flushes, no sensible consultant wanted to see patients). We wound our way slowly, with walking breaks when roads interrupted cycle lanes, and he was very patient with his sometimes hysterical bicycle-phobe of a wife.

After a couple of trips on borrowed Bromptons, I located a second hand Turkish blue one, now named “Bertha”. She has carried me across Westminster Bridge more times than I can count on one hand and when Lockdown sputtered to a brief end, we blew the cobwebs away by cycling to Bristol. This began as the reverse of a canoeing holiday that Mike and I had undertaken after my treatment for the primary cancer – out of London along the Slough Arm of the Grand Union, through Reading and onto the Thames, then the Kennet and Avon canal. Wild camping, swimming in ponds, drinking in beer gardens, meeting up with cousins and old friends along the way, we spent a week outside. The end came too soon, so we carried on from Bristol, pushing our bikes up and over the Mendips, and finally quitting in Glastonbury, where my Dad came to collect us in his big yellow van.

My parents live in Ilfracombe on the North Devon coast, and because neither Mike or I drive, it felt almost sensible to try to cycle as far in their direction as we could manage. Research suggested that being outside would make us less vulnerable to the still circulating virus than we might be on a train or a coach… It’s an excuse for adventuring that I plan to use again as soon as we can squeeze in time between Mike’s brewery “Tap Days” when I help out by serving beer or cooking kettle popcorn.

In October of this year I will be celebrating my 40th birthday. I was 33 when I was diagnosed with incurable cancer and I actually have to pinch myself most mornings because I am not at all sure how I am still alive. So many of the friends that I have made along the way are not. Cancer causes long, slow, painful deaths, and I have witnessed far too many of these unpleasant declines over the past six years. My husband has likened it to living permanently in a war zone that nobody else can see.

Distraction is my favourite strategy for dealing with the strange shadow cast by the metastatic cancer diagnosis. I’m still standing and I intend to make the most of it by staying #busylivingwithmets.

You can read more about some of my adventures (in advocacy, beekeeping, on my bike, and in permaculture) on my infrequently updated blog. 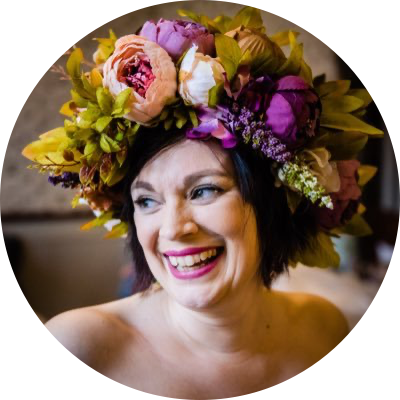