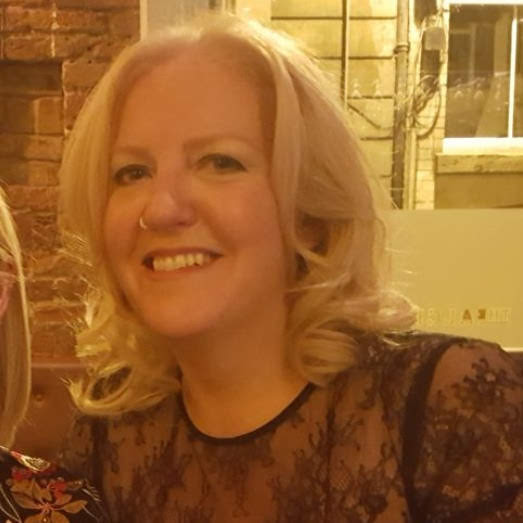 I’m writing this after getting another ‘all clear’ mammogram result. The fifteenth to be precise. You may wonder why I’ve had so many – one a year since I had primary breast cancer in 2006. Well the first 10 were due to luck – I was on a trial that specified a 10 year follow up. Most women only got 5 years. The last 5 mammograms are because my daughter was diagnosed de Novo in 2015. Neither of us knew what ‘de Novo’ was. Neither of us knew it was possible. De Novo means to be diagnosed with primary and secondary cancer at the same time.

In 2015, my daughter Beth (an early member of METUP-UK) found a lump in her breast and found the gp-diagnosed ‘muscle strain’ was actually cracked and crumbling vertebrae in her neck and spine. Not for her my 2006 inconvenience of a small op, hair loss and alleviating adjuvant chemo nausea by eating toffees. For her it was a 10 hour op to put an artificial vertebra in her neck, another op to replace a crumbling hip, 5 years and 2 months of treatment after treatment that might not slow down the cancer, or might, for a month, 6 months, a year…or two. Then there were the 4 monthly scan results appointments – which, to me, make waiting for a mammogram result seem as insignificant as a trip to the dentist.

So back to my extra 5 mammograms. Well my daughter paid a lot of money for private treatments (5K an injection anyone?) and also for genetic testing. She found she had a BRCA1 gene mutation – an ‘unknown variant’ that has currently not caused enough known mayhem to be yet classified as a breast cancer risk factor. The NHS then allowed me to have a genetic test (but not my other two daughters). I have the same mutation so (out of the kindness of heart of my bc family history clinic nurse and against official policy) I am allowed yearly mammograms.

All well and good for me you may think. Well maybe, but maybe not. I had a clear mammogram aged 51 and a 2.2cm lump detected by the next mammogram aged 54. My surgeon told me even he would not have been able to feel it for another 9 months. So mammograms are good, yes, because they can save lives and are a lot safer than poking around yourself looking for lumps – my oncologist told me not to bother!

Yet no one, absolutely no NHS consultant, registrar, gp, or nurse, has even once mentioned my 1 in 3 risk of getting secondary breast cancer, let alone told me to look out for any symptoms.

More importantly, for me, I ask what if my daughter had been offered mammograms in 2006 – given that if you have a first degree relative with breast cancer, your risk doubles? What if I had been given a genetic test in 2006 and a kind person against official policy had given my daughter a genetic test? Would she still be alive now? Yes, dear reader, my most beloved eldest daughter Beth Roberts died of secondary breast cancer this June, aged just 46. Given that she was told in 2015 that her mean survival time was 3.4 years, I guess she ‘beat the odds’. Some odds, when, even if beaten, mean so many young women like my daughter are taken from their children, husbands, brothers and sisters, mums and dads long before their time.