Skip to content
Home > Darker Side of Pink > Vicki Groves 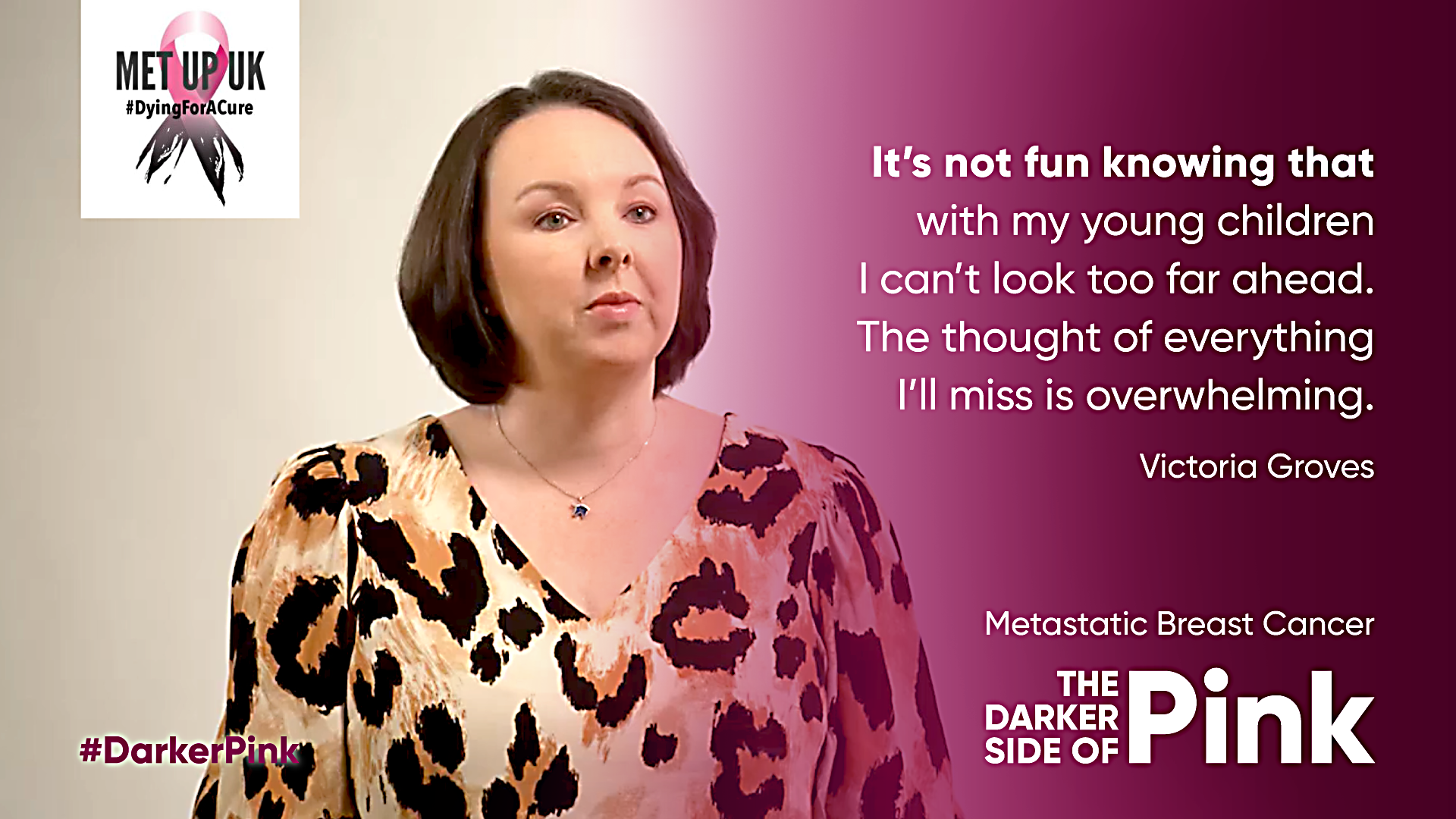 My name is Vicki, I live in Leeds with my 2 young children and new puppy Roly.

In August 2018 out of nowhere I started with lower back pain that was so severe I was on maximum dose painkillers. Little did I know then that the cancer had already spread to the bones as I’d not even found a lump at this point. I did know that something wasn’t right though, as I’d not done anything to hurt my back or ever suffered with back pain before.

It was a couple of months later whilst reading my nearly 5 year old a bedtime story. He snuggled in tight and I felt a pain in my boob. Children safely tucked up in bed, I did an exam and found a lump. I made a GP appointment pretty swiftly and was lucky to be referred straight to the breast clinic and have an urgent appointment with 2 weeks. Still at this point I didn’t really expect it to be breast cancer as I was so young.

A whirlwind of appointments, scans, blood tests and telephone calls followed. I had 6 rounds of brutal chemotherapy, along with Trastuzumab and Pertuzumab. I am still receiving 3 weekly doses of Trastuzumab and Pertuzumab along with a bone strengthener, Zometa and daily hormone suppressing drugs. I have also had radiotherapy to my spine and my ovaries and Fallopian tubes removed, as my cancer is hormone fed as well as growth factor HER2 fed. I am now in a forced early menopause, which comes with its own difficulties and challenges.

Life is very busy being a single mum and a cancer patient. It’s a constant juggling act with not much downtime. In the spare time I do have I can be found volunteering at various organisations or on dog walks. Also spending precious time with family and friends. It’s really difficult to plan ahead, as I’m always living between the 3-6 monthly scan results. The drugs I am on at the moment are keeping me stable, but this could change at any point. Which would mean cancer growth and a change in treatment regime.

To be counted, to be heard and to raise awareness. MetUpUK is aiming for secondary breast cancer to become a chronic disease rather than a terminal illness.