Skip to content
Home > Darker Side of Pink > Sarah Walton 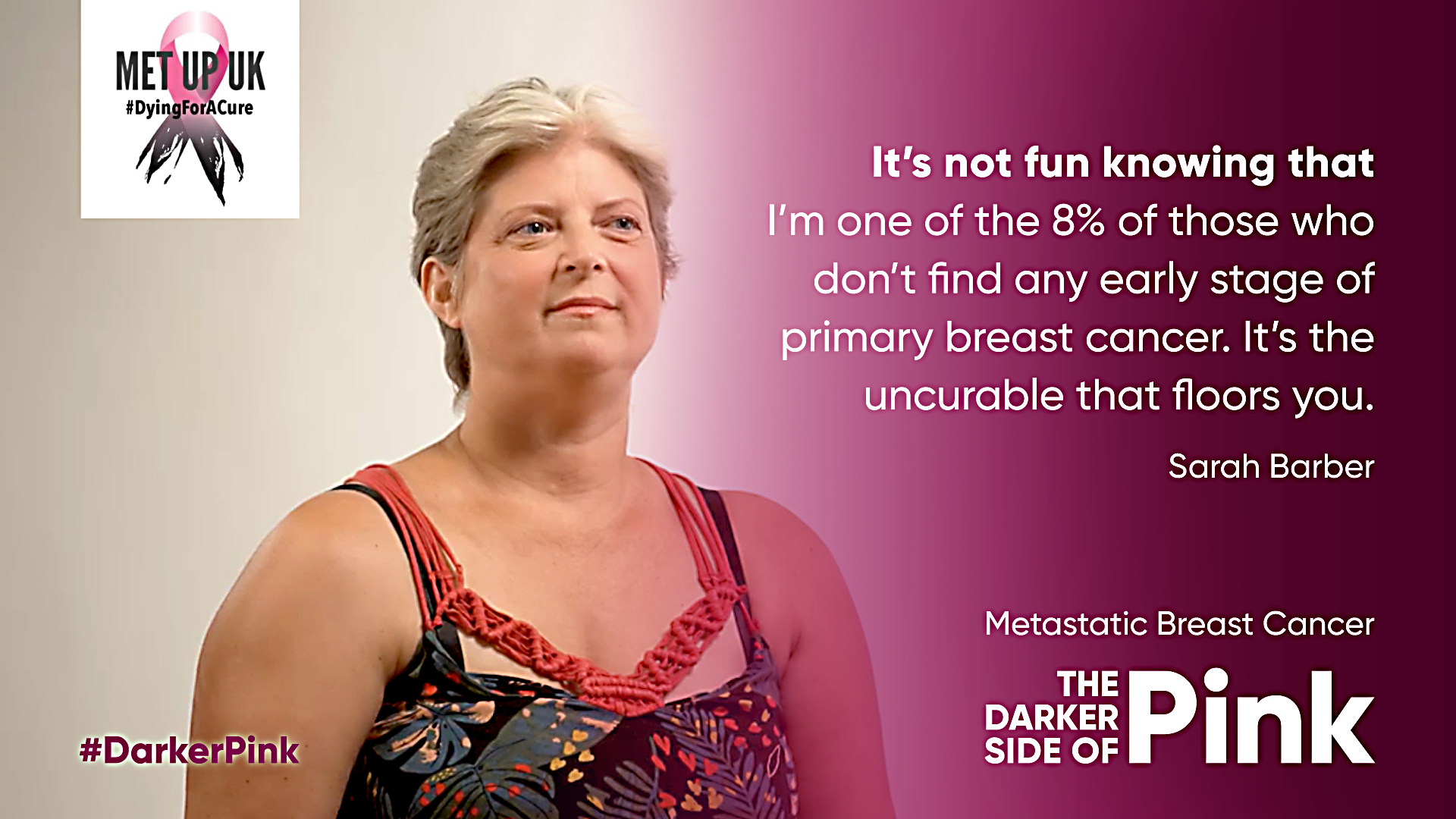 Hello my name is Sarah and I live in Hull with my husband Tony and our son Jake who is 9.

In November 2019 I found a lump in my right breast. I was worried but thought I would keep an eye on it for a couple of weeks. However, after a Reiki session where the lady said someone was putting a protective shawl over my right shoulder, I decided I needed to get checked out straight away. The nurse could feel it too and referred me to our local cancer centre where I was seen within 2 weeks (Trust policy)

My lump was not visible on a mammogram or enhanced mammogram and when it was spotted on the ultrasound it did not present as a typical cancerous lump. The sonographer biopsied it only because she had ‘a funny feeling’ and thank goodness she did! I had had a fall a few weeks previously and we had all thought it might just be fat necrosis from that.

I went on holiday and on returning attended for my results. The surgeon told me it was cancerous but it wa grade 2 and I could have a lumpectomy and radio and go back to work in a couple of weeks.

Unfortunately that was not to be the case as pre surgery scans showed patches of cancerous and pre cancerous cells which meant a mastectomy was planned, along with a full axillary clearance after lymph nodes showed positive too.

Next results appointment gave the shocking news that 23/31 nodes were affected and then came the world stopping news that the cancer had metastasised already and 3 lesions were on my liver. What a roller-coaster!

I had 3 sessions of FEC followed by 3 sessions of Docetaxel. I lost my hair, eyelashes and eyebrows. Half way scan showed only 1 lesion still visible and that one had shrunk. By the end of chemo scans showed that lesion had shrunk to almost nothing. I had 5 sessions of radiotherapy and was out on Tamoxifen in September 2020.

I then had my ovaries out in May 2021 and changed to Letrozole. My last scans showed some growth again so, just after my wedding in July, I began taking Abemaciclib alongside my Letrozole. I had a PET CT scan on 31st August and have a CT scan on 20th September so fingers crossed when I visit the oncologist on 30th there will be good news!

Why you wanted to be involved with the MetUpUK campaign: I wanted to help raise awareness of secondary breast cancer to ensure funding and research are available to help me and the 1,000s of others like me. MetUpUK is dedicated to making sure our voices are heard.