Skip to content
Home > Darker Side of Pink > Sally Nyland 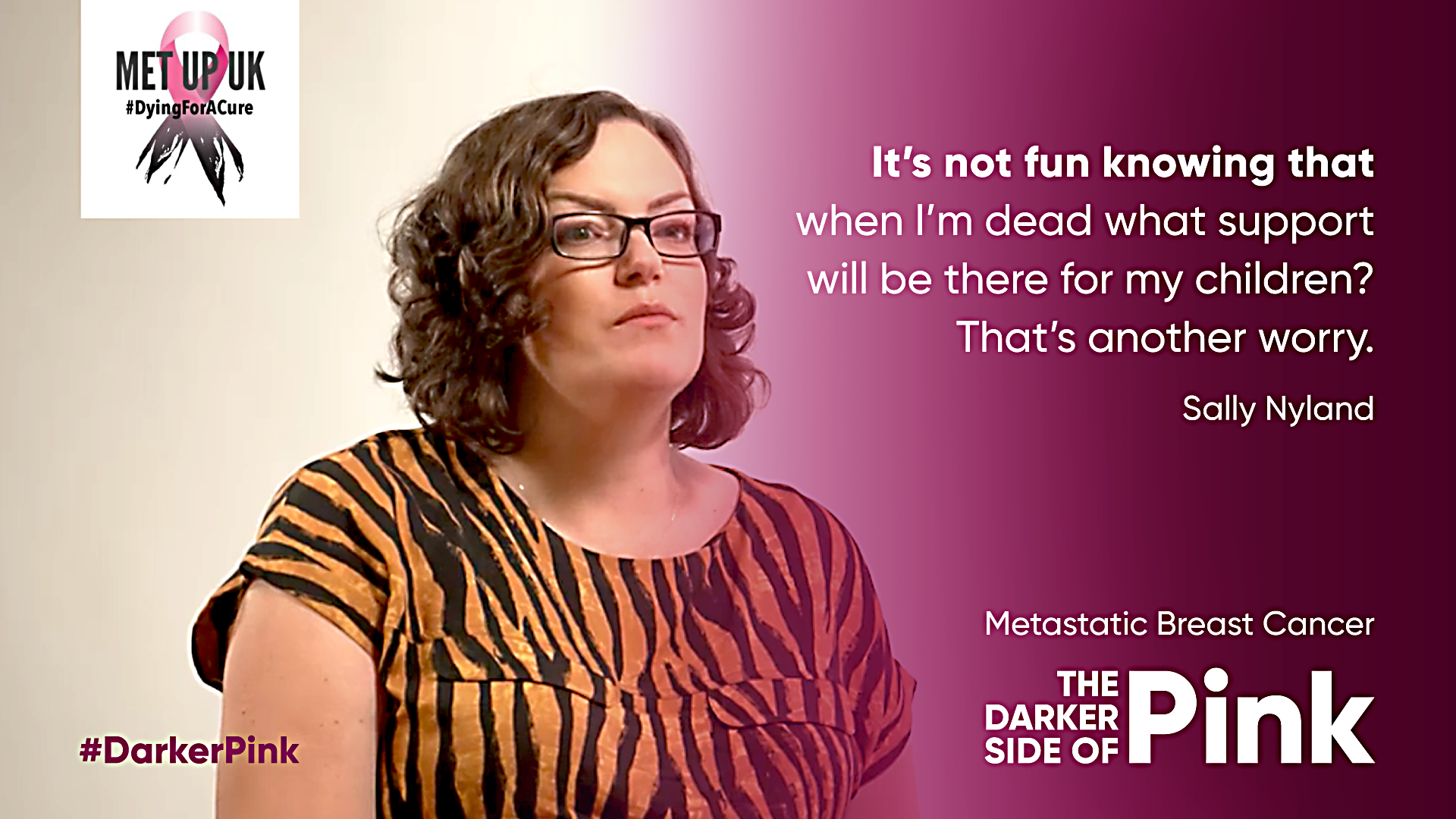 Hi my name is Sally. I live in Derby with my husband, Steve, and my 2 boys, James and Joseph, and Stanley our black Labrador.

In March 2019 I’d noticed a difference in appearance in my underarm area – one looked slightly larger than the other. It didn’t raise any concerns back then, as there was no pain or lumps. I just put it down to being a bit overweight.

During May of the same year, the size difference became much more noticeable and didn’t feel quite right. But even when I saw my GP, I just assumed that he would send me on my way. But he didn’t…he referred me immediately to the breast clinic!

It was there that I had my first ever mammogram, but that didn’t show up anything – I was told that I have dense breast tissue, who even knew that was a thing? It was quickly followed by an ultrasound, which even I could tell that there was a whole lot of something going on in my breast, around my collarbone and under arm. One of the breast care nurses held my hand as I cried. One biopsy and one appointment later I was diagnosed with Triple Negative Grade 3 Stage 3 Invasive Lobular Breast Cancer.

Because it had spread significantly, I was to have 6 months of aggressive weekly chemo, before undergoing mastectomy on left side. This was followed by 15 sessions of radiotherapy which finished March 2020.

So there is was ready to make my return to normality, but Covid rocked up and put paid to that and the pandemic saw the whole world go into lockdown.

During this time I began to experience multiple aches and  pains across my back and ribs. I was very tired too, and was repeatedly told it was likely to be post radiotherapy recovery and not to worry.

This happened a couple of times before those pains became so bad, that they kept waking me up in the night and no pain relief was working.

I was seen early November 2020 and sent for a CT scan. The cancer was back (maybe it had never really left and was hiding in my bones – I’ll never know)

It had set up shop in my ribs, my spine and left hip.

Since the metastatic/secondary diagnosis I’ve undergone chemotherapy in tablet form. This kept everything stable until around May 2021 where a CT scan showed the growth of a soft tissue cancerous lesion on my spine. This was causing lots of nerve pain across my back and down my legs.

I had to stop treatment in order to have 10 rounds of palliative radiotherapy to shrink it and to help reduce pain.

Since then I have been on a treatment break as cancer in bones appeared to be stable. Although since then, I’ve felt an increase in pain across my back again, so I’ve had to take more pain relief. Another scan has been brought forward and is due early October 2021, so they can get a better picture of what my cancer is doing.

My next line of treatment is going to be IV chemo which I’m not looking forward to, but if it keeps me around for longer ……

In the last couple of months I have been shocked at how little information is shared or reported about Stage 4 Breast Cancer. Women like me were never given any idea of the red flags and symptoms of stage 4 to look out for.  I have an enquiring mind and ask lots of questions so I knew what to look out for, but other women didn’t. Some of whom died very soon after a stage 4 diagnosis. To be able to have this information sooner, could get them access to treatment sooner and keep them around longer. If my involvement in MetupUk campaign can help with this, it’s a no brainer.

Our lives matter, our voices need to be heard, and more research needs to happen into stage 4 breast cancer to help keep women alive longer.