Skip to content
Home > Darker Side of Pink > Nina Masoud 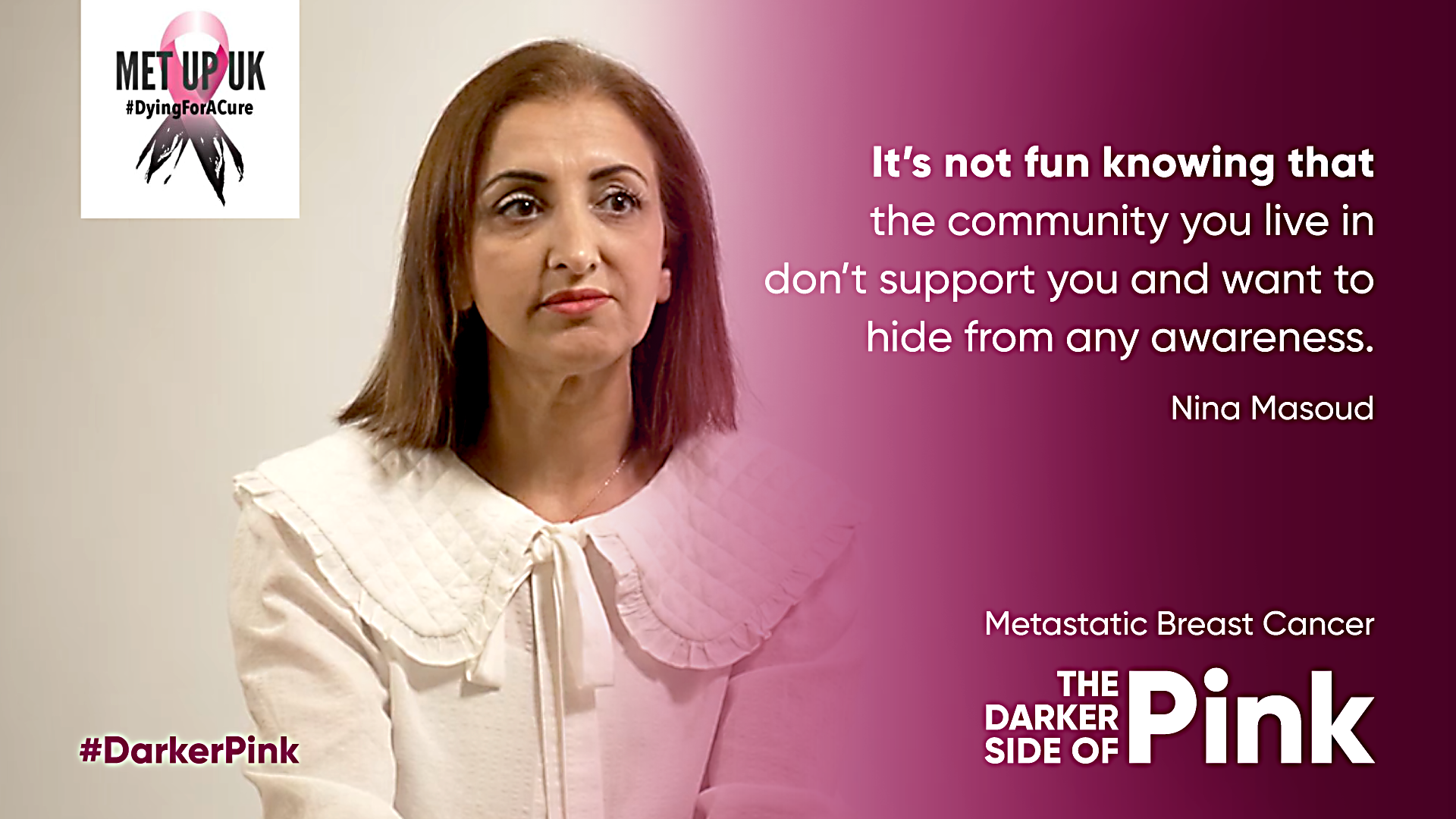 Diagnosed with Metastatic Breast cancer in June 2021. ER positive HER2 negative. Treatment – Palliative Zoladex, Letrozole and Palbociclib. Yet to have the Denusomab injection!

I have been married for 14 years to My husband Firas, we have two beautiful children Lyanne 13 and Faris 9. I was first diagnosed with Primary in 2016, My daughter Lyanne was 7 and my son was 4.

I discovered a red circle around my Areola on the right breast, which I attended a doctor’s appointment, and was informed it was a cyst! I was then prescribed 3 weeks of anti-biotic, which was no change! I asked the doctor if she would send me for a mammogram, which her reply was ask your husband to pay private and get it drained which would cost around £4,000, My husband would have been happy to pay this, but I wanted a mammogram!

I was then sent within the two-week rule! I attended with a friend presuming I would get it drained and go off to lunch, I was told with in the carousel system to wait and have an ultrasound followed by a biopsy! This was all with in the same morning! Ask to wait in the waiting room, went in to see the doctor who then asked if I had Cancer in my family, which I replied my mum had Lymphoma 20 years previous and my dad died of lung Cancer in 1977!

At that point the doctor told me I was 95% positive with Breast Cancer. Which was a massive blow to my mind! The first thought to my mind how will I go home and tell my poorly ill mum!

I am fortunate to have a big family network of support to help me through the treatment!

March 2021 I discovered a harsh pain in my Sternum/breast bone, the pain was ignored as I was looking after my seriously ill mum who was on end of life pathway! My mum passed away after 9 days which broke my heart!

I needed a sick note but asked to see a doctor face to face! She referred me to my original consultant for test, and a biopsy which resulted in MBC, and following this was a PET scan which I’m now being treated for MBC, this has had a massive impact on my Life, which hasn’t even given me or my family time to grieve for our dear beloved mother!! I feel I have put a dark cloud over my family, as they all just worry about me too much!

My only fear is my children, I just want to see them grow up even if the Almighty gives me another 5 years I will be happy with that! My Mental health has increased to new heights feeling that I have never felt before!

I will fight this disease with all my that I have.

Being part of the METUP UK, has given me hope and inspiration to fight on!