Skip to content
Home > Darker Side of Pink > Madeleine Meynell 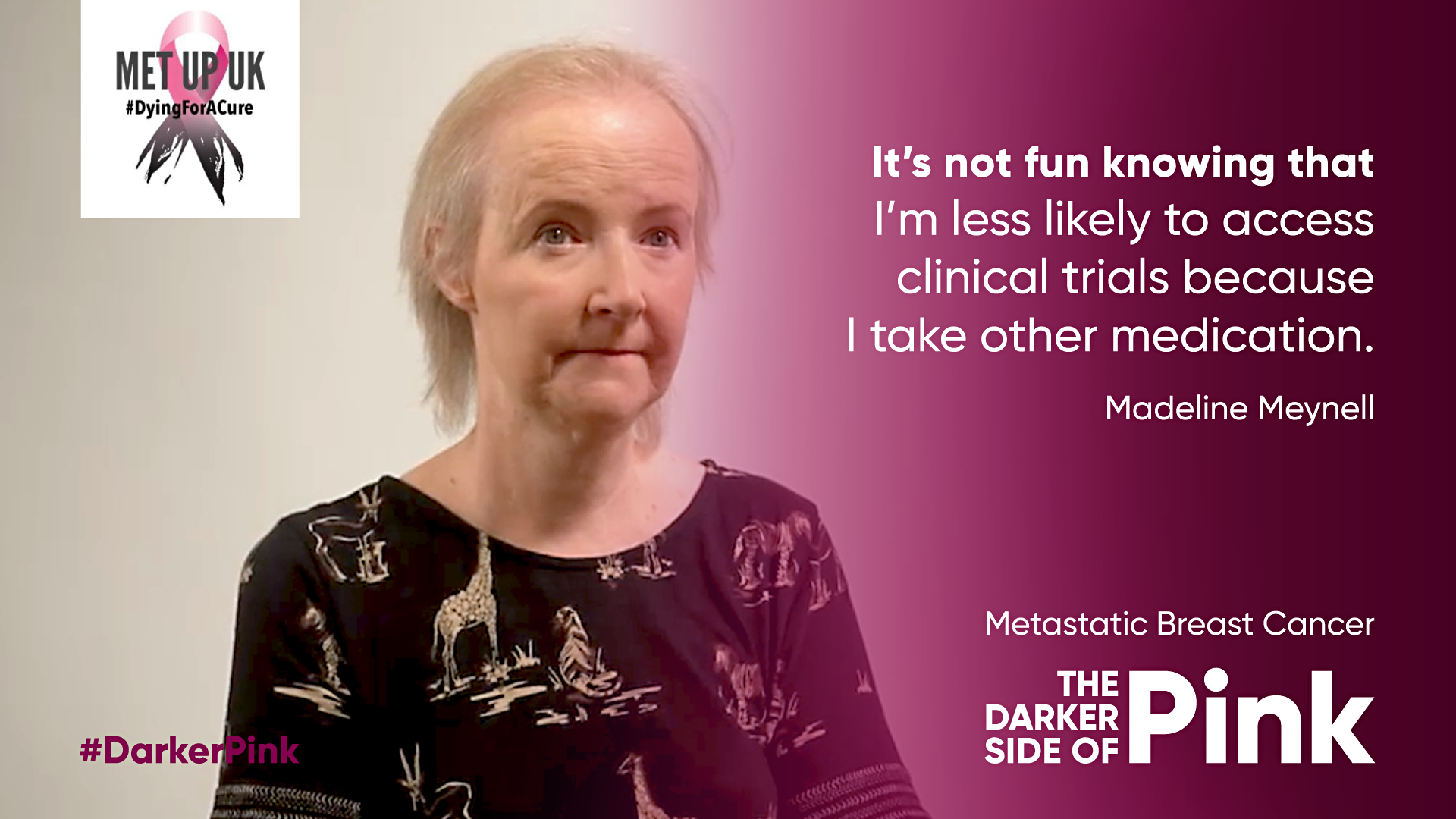 Hi my name is Madeleine.  I’m married and live with my husband, two young adult children who are at Uni and my cockapoo Patch.

I was diagnosed at the age of 43 in late 2015 with HER2+ weakly ER+ primary breast cancer.  I had a mastectomy, FEC-T chemo with trastuzumab and radiotherapy followed by tamoxifen.  I went back to Uni in October 2016 to finish the final year of my optometry degree.

After graduating in 2017, I started work but within a few months I noticed a weakness in my right hand and then found a lump in the dip of my right collarbone.  In early 2018 it was confirmed my cancer had returned to my supraclavicular lymph nodes.  My metastatic breast cancer was now HER2+ and ER- so I stopped tamoxifen.  My oncologist noted that because my final trastuzumab was 9 months earlier I did not qualify for pertuzumab, although she felt I would benefit from this.

If I could hold off systemic treatment until I reached 12 months she could stretch the rules to prescribe both trastuzumab and pertuzumab.  As my cancer was in an area which had not been previously treated with radiotherapy, I was able to have local treatment.

The radiotherapy was very successful but in the three month period without systemic treatment my cancer spread extensively.  In fact I became so unwell with fluid on my lungs that I needed a hospital admission.

I was started on six cycles of docetaxel with trastuzumab and pertuzumab ongoing.  I had a good partial response to treatment.  I have now been on this treatment for three years.  After one year I had progression to the brain which was treated with stereotactic radiotherapy.  I am now scanned every four months.

I became interested in patient advocacy after realising that for primary treatment I was given every treatment that I needed.  However, once my cancer became incurable there were barriers and arbitrary rules.  Even now there are geographical disparities.