Skip to content
Home > Darker Side of Pink > Kelly Griffin 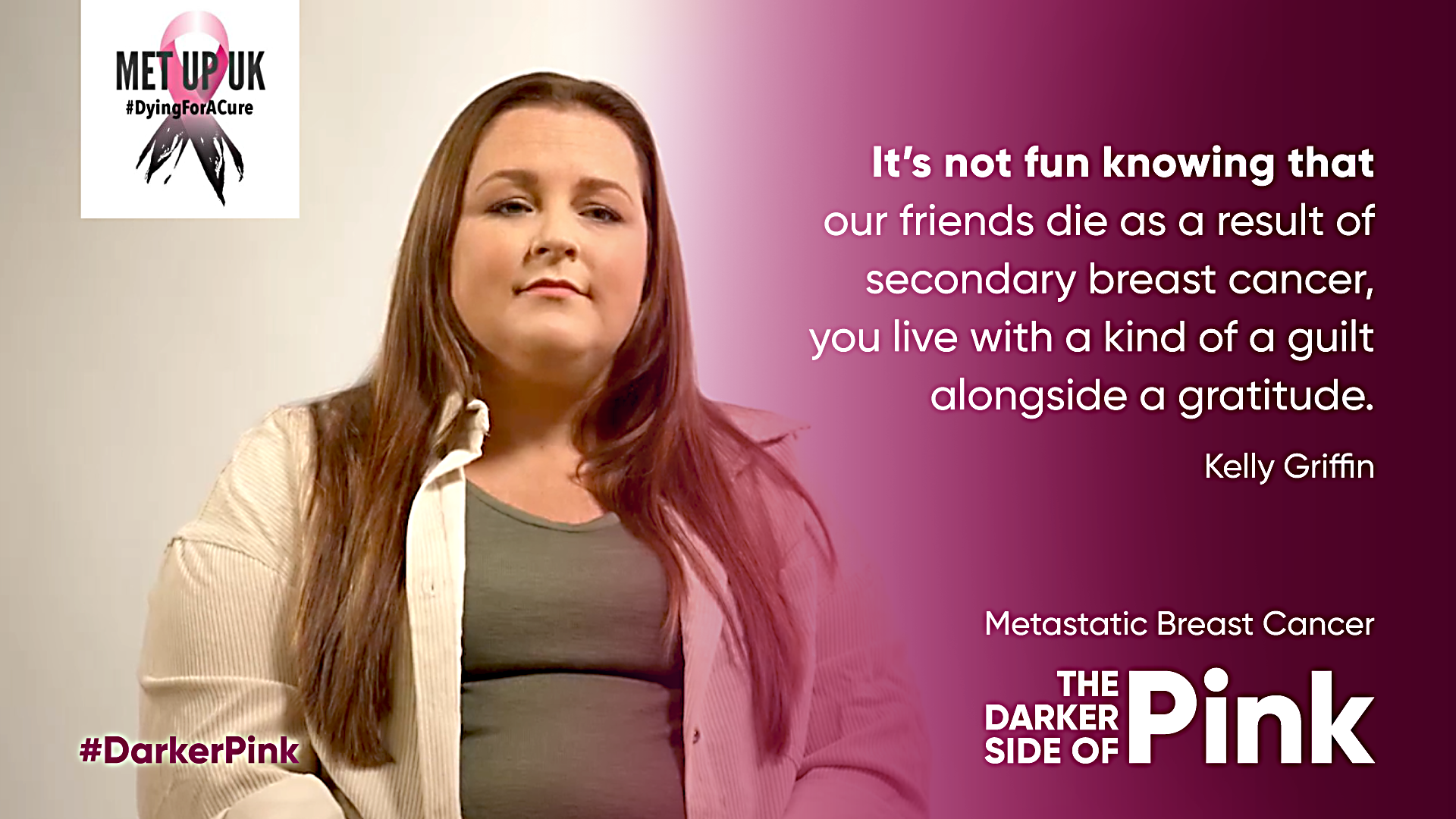 I initially went to GP on 1/11/2011 after a bang to the chest when my son was getting down off my lap. I noticed a lump/swelling but when it didn’t go down I contacted GP. Referred to breast unit but assured as no family history and very young (30) that it was just precautionary.

I started treatment ( 2 days after Christmas 2011) abraxane and herceptin x 6 rounds, huge reduction in tumours including large breast tumour. No radiotherapy at this point as asymptomatic, onc explained that this could be saved for later date. Continued on 3weekly cycles of herceptin for “maintenance”. Despite being told no earlier on (explained as locking the stable door after the horse had bolted) I persisted with discussion on mx. Wasn’t fussed about recon. Surgeon at Oldham finally agreed but also agreed on implant recon too.

Maintenance herceptin didn’t work, November scans showed significant progression. EC combo up next with herceptin. No improvement. Offered a choice of cap/lap combo or a clinical trial of tdm-1, now known as kadcyla. Opted for kadcyla-had a friend who had had an amazing result from it. 2 years progression free on kadcyla for 2 years – life somewhat resumed. Back to work (social care manager) and family (husband, 3 school age sons and 2 dogs!). Holidays etc. After 2 years with still no progression my liver started to play up, dangerously high bilirubin count. Kadcyla postponed each week. Was told that my liver would kill me before cancer. Removed from the trial temporarily.

In the meantime I felt another lump next to implant. Investigations, biopsies etc. Whilst waiting for results I also had a liver biopsy (very grim) to ensure that what was visible there wasn’t active. No cancer present in liver at that time, shadows are scarring and have remained the same since.

New lump in breast also confirmed as cancer but this was Her2- & ER+? Was told by onc that cancers can mutate and drop a characteristic but would not swap characteristics. Referred to st Mary’s Manchester for genetics testing despite no known family history.

Lumpectomy to remove 1.5cm breast tumour and put on tamoxifen. A few weeks later “pressure” on my neck saw more biopsies of very small (0.5 cm) supravlavicular lump. 15 rounds of radiotherapy to breast, neck and jawline on left hand side. Taken off tamoxifen due to progression to neck of second breast cancer, placed on leterozole after bloods to confirm I was now peri-menopausal.

Meanwhile all scans from jawline to pelvis remained the same, NEAD.  Bilirubin count now back down to normal range. Talked about return to Kadcyla but as I had now  had 6 months off it without signs of progression we discussed just monitoring the situation (I was very anxious but happy for a bit of a break to be honest). Gave up work due to constant brain fog and frequent spells out of my work setting.

As of March 2016 I have been on no treatments at all. I have progressively gone down to annual full body scans and regular bloods at gp surgery. I remain NEAD at this point. There has been talk of discharge from Christie’s, I am not happy with this as I have a fairly extensive and unusual set of circumstances. I’ve been listened to so far on this. It is 10 years since my dx in November and 5.5 years of no treatment. I am back to working, I’ve just got a 1st in my degree and am starting my pgce teaching today.

Recently had bone marrow biopsy (incredible grim) as all the treatment and particularly has left me with irreparably low platelets. They haven’t recovered in 5 years. Now investigating secondary autoimmune disorders. So although I’m not on any cancer drugs I’m on several drugs for anemia, peripheral neuropathy and pain management. I’m also still waiting for corrective surgery for my botched and mutilated implanted boobs which are a wandering around my chest. Obviously, in light of the pandemic, this will not be urgent so I’m currently strapping the buggers in!

I now have two adult sons and an almost teenage son, plus a one year old granddaughter. Still happily married but only one dog now

I want to be involved with metupuk because I have been extremely lucky. People tell me all the time that it’s my positive attitude that has got this far but i have to correct them because it hasn’t…it has been sheer luck and science!  I have lost too many friends and acquaintances over the last 10 years and fies those women a disservice to think they weren’t “positive enough”.

I am angered that I waited almost 5 years and a second breast cancer diagnosis before gene testing, I didn’t have a family history as my family is heavily male dominated,  but it had to start somewhere. I could have prevented further diagnoses, surgeries and treatments if this was standard.

On the flip side, I was lucky to be accepted on the tdm1 clinical trial. Ifmy BRCA2 gene had already been identified then I wouldn’t have been eligible. Red tape, shitty access etc. I could have already died without my wonder drug – Kadcyla.

I don’t know what the future holds but I do know that I am grateful and frustrated, in equal measure, for the survival of 10 years. I want more and I want others to have what I’ve already had.