Skip to content
Home > Darker Side of Pink > Emma Robertson 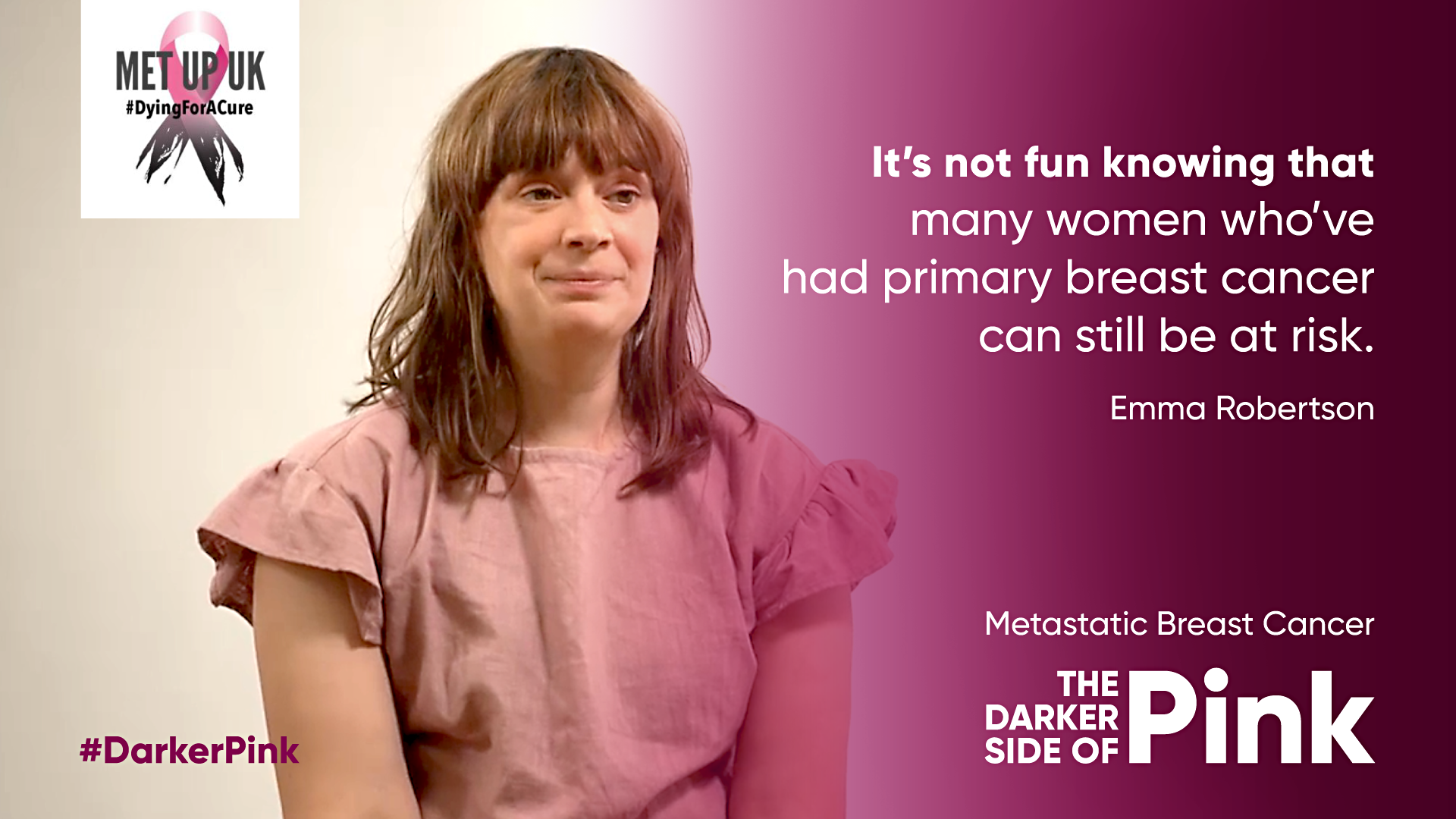 Age at Diagnosis: 31 at primary and 33 at secondary

I was living on a narrowboat, continuously cruising around London and working as a freelance electronics technician when I was diagnosed with breast cancer in 2013.

A whirlwind of treatment, including chemotherapy, radiotherapy, IVF and multiple surgeries, coincided with my boyfriend touring the world (and headlining Glastonbury) with a very well known band, my younger sister getting married, and many of my friends becoming mums for the first time.

The feeling that I might be on a slightly different path to my peers was cemented when I was dealt the curve ball of a metastatic diagnosis just a year later.

Breast cancer had wiggled it’s way into my lungs, my liver, and my bones, and I was beginning to struggle with my breathing, so I was immediately put on an oral chemotherapy (Capecitabine) and the bone strengthening drug Denosumab.

I had a brief stint on an IV chemotherapy when I experienced progression in my lungs, but have now been on Palbociclib and Letrozole since 2017. I campaigned for Palbociclib to be available on the NHS and was bitterly disappointed to realise that NICE approval would not make the drug accessible for every NHS patient who needed it…

I still live on a narrowboat in London and now my husband and I have a permanent mooring where we keep bees and chickens.

I love to grow things, I write, and I make things, and every so often I am persuaded to pack a bag and disappear on an adventure. I don’t drive, so this invariably involves a slower form of transport, wild camping, and a spot of foraging!

Why you wanted to be involved with the MetUpUK campaign: I just don’t feel that any of the other cancer charities adequately represent the needs of the metastatic cancer community or tell our stories in a way that I recognise. I want better access to medicines for all of us! And I want my story to stop being so shocking for people… Metastatic breast cancer needs to come out from the shadows and be better understood.