Skip to content
Home > Darker Side of Pink > Chloe Franklin 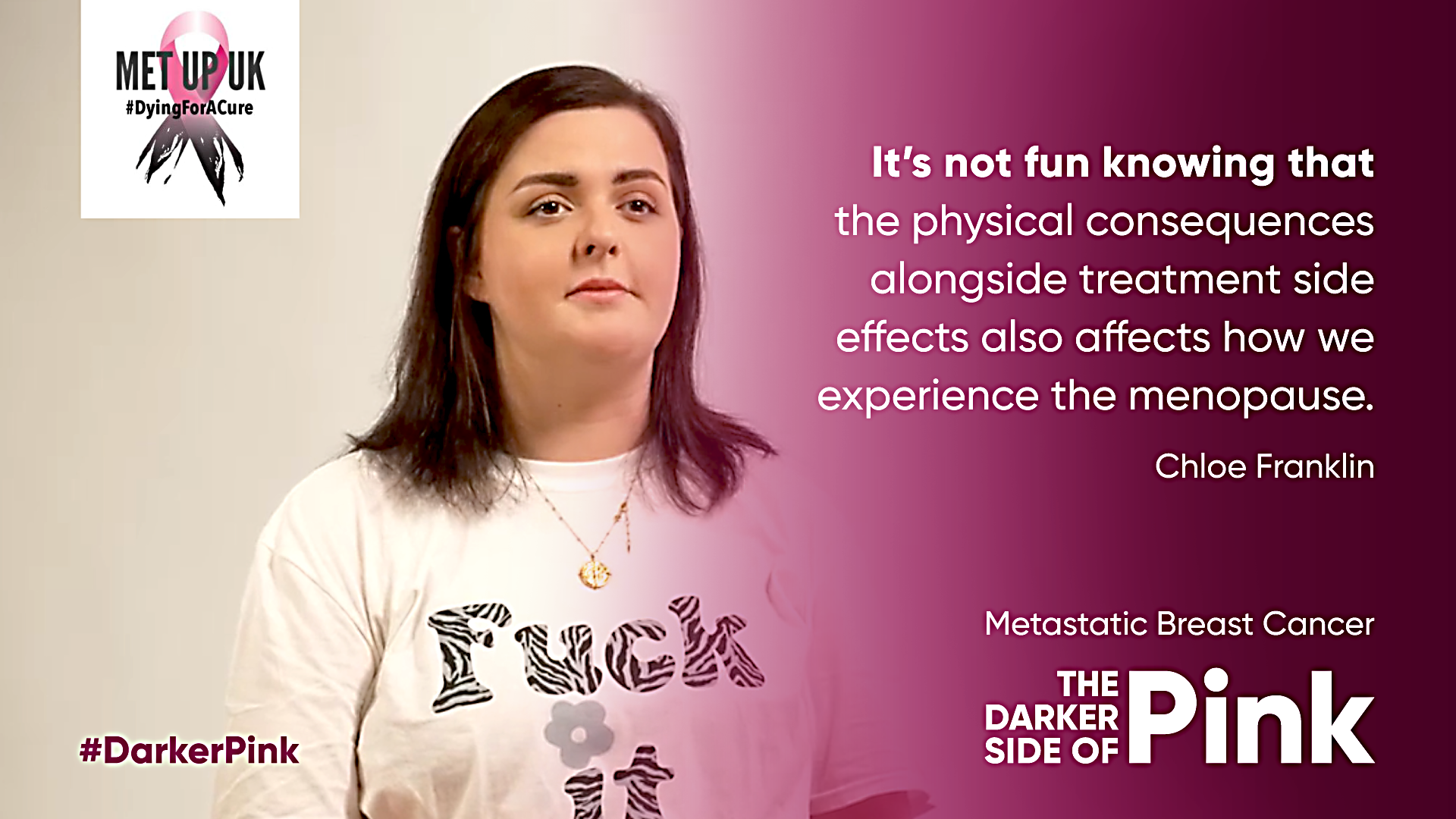 Hi! I’m Chloe and I live in Manchester, working in the hospitality industry with my boyfriend Alex and our kitten Lafayette (he’s a French revolutionary war hero-the cat, not the the boyfriend).

During the initial lockdown I was having a great time, cooking up a storm, indulging way too much and soaking up the sun from my city centre apartment. I kept getting this pain in my right shoulder that felt vaguely ‘trapped nerve-like’ so I brushed it off as just that.

Things reopened and I went back to work but was finding it increasingly harder to run around like I used to, kept feeling nauseas and the pain was more frequent as well as breathlessness and a full feeling around my mid abdomen.

On December 1st the pain was getting to be so frequent I couldn’t ignore it, I was being sick, lethargic all the time and having spoken to my doctor he assumed I had gallstones. I ended up going to A&E that day and was kept in for further tests. It twigged for me when they did a breast exam on me that this wasn’t such a simple scenario.

On December 3rd they told me I had breast cancer and that it had spread to my liver. Honestly I had no idea that this meant my cancer was incurable, I assumed it could be sorted by a couple o surgeries and I’d be done.

On Christmas Eve I began treatment, which thankfully has been very un-invasive. I have zoladex and denosumab injections every 4 weeks alongside letrozole and palbociclib every day.

So far I have had shrinkage at every scan which was entirely unexpected but it helps me to keep living my life as I did before and plough through the tough card life has dealt me.

Why you wanted to be involved with the MetUpUK campaign: I need people to understand what the hell metastatic breast cancer is and not assume I going to go through chemo, lose my hair and be fine. I honestly wouldn’t have known myself a year ago and my own ignorance has made me want to educate many more people, especially younger women.